This review was originally published back in 2014, when the Glow ParaPop softboxes first became available from Adorama. And today I still have the original 28″ and 38″ ParaPops, and still find these to be one of the nicest softbox options available for portable lights.

The ParaPops produce a nice even light, and they are very lightweight, fast and easy to pop open and use. And make the most of smaller strobes limited power, particularly compared to the many umbrella frame softboxes which are generally popular now.

The Glow ParaPops are now only available in the 38″ Version. And include an S-Type Speedring insert, as well as the new OTA mounting system, which is handy for attaching speedlights and smaller lights quickly to the ParaPop, while also providing a pistol grip handle.

Back to the original review (updated for current relevance) –

The Glow ParaPop from Adorama really appear to be an impressive new modifier for using on location. Whether used with portable studio lights, or with regular speedlights.

The first thing that actually stands out about the ParaPop, other than the nice build quality, is how exceptionally lightweight they are. Especially for a softbox with 12 rods.

And apart from that fact that they conveniently pop open and closed quickly, I think that lightness and ease of handling is actually the biggest advantage of using the ParaPop as a location modifier.

Even when using heavier strobes like the original 600Ws Flashpoint RoveLights, I found the ParaPop’s provide a great option for a decent size modifier, because they don’t add too much to the combined weight.

The ParaPop open very easily, I’d even go as far as saying they’re fun to snap open. You just pull each rod outwards until they click in place on the speedring. Working your way around the 12 rods only takes a few seconds.

To collapse again there are 2 sets of tabs (or buttons) which you squeeze together to release the rods.

And ideally you would then be able to quickly open and collapse the softbox in place on a light stand, so they can be easily moved around to a new location and quickly popped open again when needed.

Collapsing the softbox is surprisingly where I actually found a bit of trouble, as a lot of the time only 6 of the 12 rods would release easily when squeezing the release tabs.

Though I discovered an easy way to release the rods is simply to place the softbox face down on the floor, and press down on the speedring a little, which then takes some tension off the rods before trying to release them. That way all the rods will release quite easily at once.

Once released you can then quickly wrap the softbox up with the attached velcro strap. And the important time saver here is that there is no need to mess around with removing the front diffuser panels, they can stay in place while the softbox is folded. And that’s a big advantage.

Looking more closely, you can see the triangular metal tabs which hold the rods in place on the speedring. These are spring loaded and retract as you pull a rod into place, and also as you squeeze the release buttons on the back of the speedring to release the rods.

Possibly putting a little dry silicon lubricant on the rod ends would allow them to all release a bit easier.

So apart from a bit of a release issue (easily solved by placing the softbox face down on the floor), the ParaPops are very fast and easy to set up and break down.

The ParaPop provide an inner diffusion panel, which can be used in different combinations with or without the front diffuser panel, or removed to provide more light output.

You really need to get your fingernail in between the press studs to release them, because they haven’t really left a pull tab to release the studs anywhere.

So although very secure, it wouldn’t be easy to be adding and removing the inner diffuser in a hurry too often. If switching between one or two diffusion layers quickly was needed, then removing the front diffuser and leaving the inner would likely be the best option.

The ParaPop are supplied with an S-Type speedring insert for attaching the ParaPop directly to studio lights with a Bowens S-Type mount. And there are optional speedring inserts available for Profoto, Elinchrom, Balcar, and Lumedyne as well.

The Bowens S-Type insert is again very lightweight, and made of relatively thin plastic. The ParaPop itself is very lightweight though, so the insert is still in proportion, and strong enough to support the softbox. And they do feel pretty sturdy still overall.

Even more telling are the three very small screws used to attach the inserts to the ParaPop. I literally had to use a small watchmakers screwdriver to remove these (Update – a screwdriver now comes supplied with ParaPop kit). Again with the weight of the ParaPop these small screws still appear to do the job fine.

The ParaPop combine really nicely with studio lights, though as seen in the image above, there is a caution of an 80 degrees Celsius heat limit. The ParaPop were designed for LED modelling lights not halogen, so care may need to be taken with modelling lights or continuous lights.

UPDATE 2022 – There are basically 2 good options now for mounting compact lights to the ParaPop softbox. Either using –

The Glow/Godox S2 Bracket is a great mounting option as it allows you to standardise all of your lights to the Bowens S-Type mount, and then easily swap the softbox between any of the lights.

And all flashes from the Godox/Flashpoint AD100, 200, 300, and 400 PRO can be clamped into the inexpensive S2 Bracket, along with round head, and regular rectangular head speedlights.

(There are also older S-Type brackets for Bowens and Elinchrom, though they will only mount rectangular speedlights, not the full range of compact flashes like the S2 Bracket).

A nice feature of using the AD200 strobe with the S2 Bracket is that it allows you to slide the flash back and forth in the bracket mount, adjusting the position of the flash tube in the softbox. This can make a big difference in achieving maximum light output, or changing the spread of light produced, for different effects.

Released in 2022, is also a new OTA mounting system, which can also be used with the smaller Glow HexaPop softboxes.

The OTA system offers a fast and lightweight option to mount speedlights and compact strobes like the AD100 and 200 PRO quickly to the softbox while combining a convenient pistol grip handle and swivel.

And the larger AD300 and 400 PRO can also be mounted using an OTA adaptor ring. Though these strobes then use their own swivel mount, instead of the OTA pistol grip swivel handle. Again the light weight of the ParaPop is a big advantage here because not too much for the strobes included compact swivel.

The ParaPop softbox and Godox / Flashpoint compact lights like the AD200 / Evolve 200 make a really nice combination. As they are equally light weight, and the forward facing flash with no obstructions in front of the flash tube make the most out of the limited (though still very capable) power of the smaller lights.

I haven’t taken a lot of images comparing with other softboxes at this stage. Though for what its worth below is just an indication of the light pattern produced by the ParaPop 38″. Left is with the XPLOR/AD600 PRO strobe, and right is the original XPLOR/AD600.

The ParaPop appear very well made, and there is nothing cheap feeling about the materials. The diffuser fabrics are nice quality, as is the main softbox fabric. The black fabric doesn’t let any light through as some other lightweight softbox materials do.

The rod ends even have relatively large and nicely machined alloy tips, unlike some of the nasty sharp tips you find on even some higher end umbrellas.

The rods themselves are fairly flexible and appear to be quite durable. I’m not sure how easily the ParaPop would be damaged if a light stand did go over. Though having quite a number of reasonably flexible rods, there is a chance they may just spring to absorb a lot of the impact. And replacement rods are also available separately now if needed.

Durability of the speedring mechanism itself is the main thing I have been a little unsure about. Though the ParaPop are based on the SMDV diffusers which have been available for a few years now and I have not heard of many complaints with those.

UPDATE 2022 – My speedrings have actually held up well over a number of years now, and still function as they should. Though replacement speedrings are also available separately now if needed.

The ParaPops are also finished off nicely with a very practical padded case, including a shoulder strap. Again the case is light weight, and fits the ParaPop and bracket in well.

Even in 2022 I still feel the Glow ParaPop are one of the nicest snap open location modifiers available, and certainly worth considering.

The subsequent Glow ParaSnap (also an SMDV design) are no doubt something of a gamechanger, being able to fold flat and swap speedring inserts quickly, though they are not quite as light weight or circular shaped as the 12 ribbed ParaPop.

There are also lot of more economical umbrella frame softboxes like the Glow EZ Lock available now, though I think the convenience and light weight design of the ParaPop is still worth paying for if that’s going to serve your needs better.

The only main limitation of the ParaPop is for hot lights and lights with a halogen modelling light. Otherwise the ParaPop are really enjoyable to use, efficient, and produce nice even light.

The Glow ParaPop OTA 38″ are available now from Adorama for $219.95.
Including the S-Type speedring insert and OTA speedlight mount. 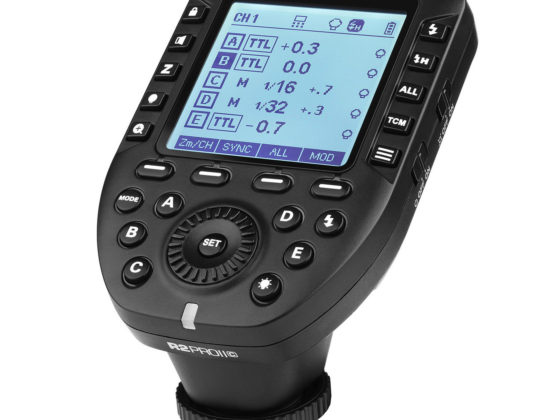 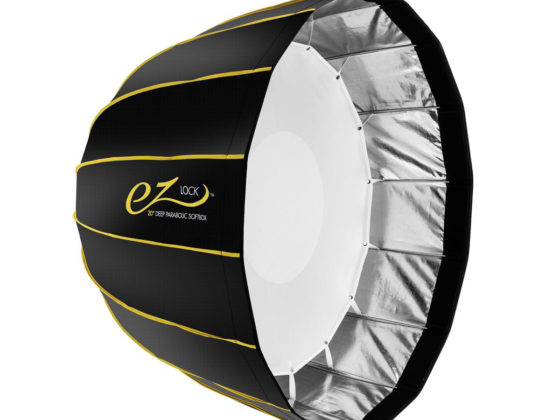 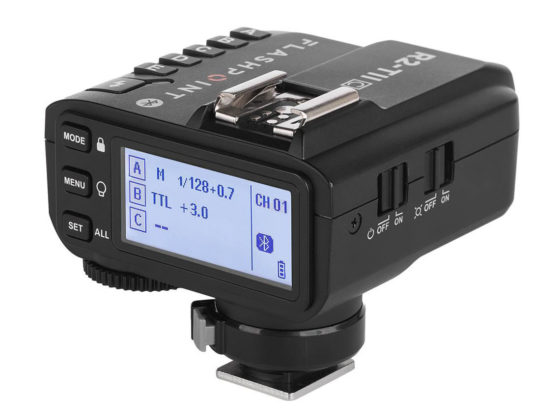